Artists, famous and little known always have a story to tell, whether it’s rages to riches, fame to rock bottom or birth to death, the more famous the person or band the harder the times. Music biopics usually start with a talented musician who is unlike all the others, seeks and finds fame, goes through turbulent times, struggles with vices and either dies or redeems themselves, Rocketman does follow this tried and true formula but does it with such style and pizzazz.

Reg Dwight from Pinner, London loves music. Ignored by his heartless father and looked down on by his neglectful mother, Reg lives through his piano. As a young man he answers an add looking for songwriters and by chance he meets Bernie Taupin a talented lyricist. Together they write songs and eventually hit the heights of success. 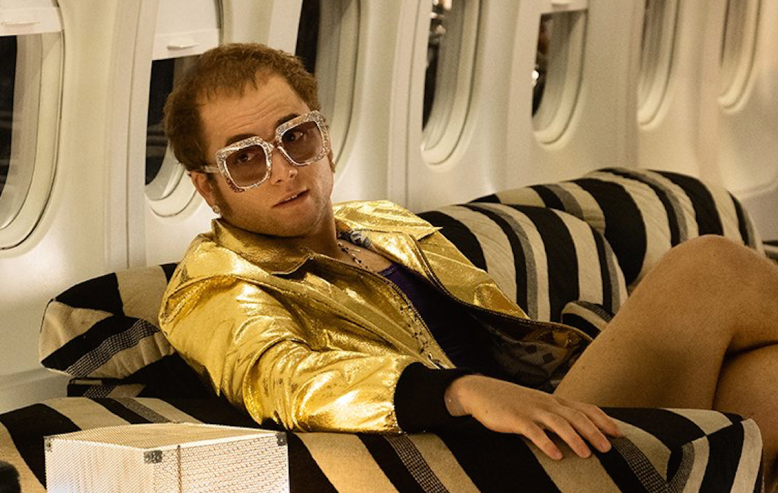 There is no doubt that Elton John is a staple in music history. His music has sold millions around the world, not mention his work and activism outside the music industry, so there was bound to be a film about his life. The project has been shopped around a few years before the film came together with Taron Egerton as the man himself. Having previously sung in the film Sing and worked with director Dexter Fletcher on Eddie the Eagle, Egerton is not just a convenient casting choice, he does exactly what is written on the poster, he IS Elton John, embodying the singer mind, body and more importantly, soul. From the minute he storms through the doors in the opening shot wearing the ridiculously out of place orange devil with wings costume, you can feel that Elton is in the rights hands. It’s also a shot that makes you sit up and take notice. This isn’t going to be just like all those other biopics.

The film is a biopic of the music as much as the man. Visually and musically pleasing to watch and that isn’t just a hint about the elaborate costumes Elton John used to wear. The only downside to this marvellous musical is that is an underlying feel that the creators are looking to take this story to the stage. The film is let down, only slightly, by this obvious wish as well as a terrible scene near the end were Elton confront his demons and supporters. It’s so stage-like and forced that its actually quite uncomfortable to watch. 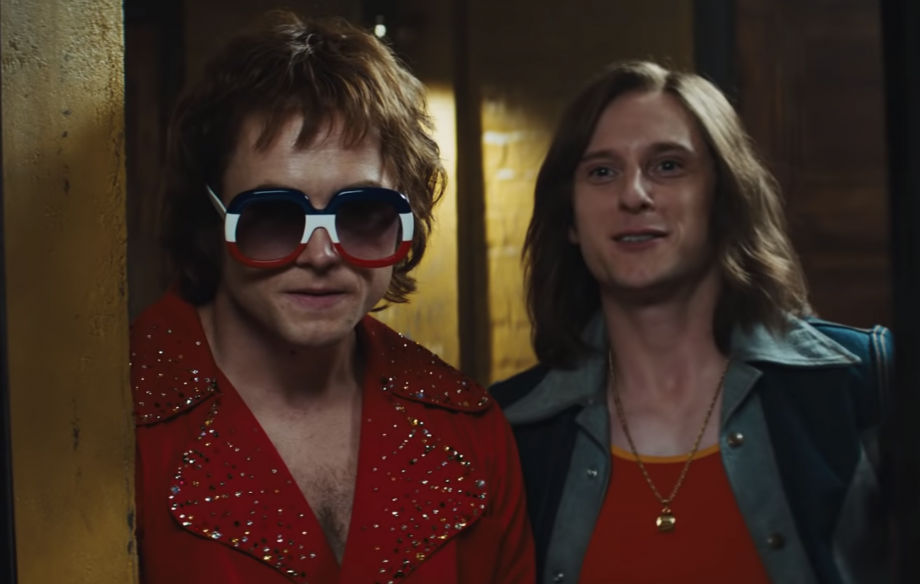 On a more positive note, one of the strongest elements of the film is the lifelong friendship and collaboration between Elton and Bernie. They say they’ve never once had an argument in all their time knowing each other and that strong bond is reflected beautifully between Egerton and Jamie Bell who plays Taupin. The scene in which Taupin hands Elton the lyrics to ‘Your Song’ over breakfast and he immediately starts to play to it is one of the best moments in the film. So much is said in just those few glances.

Fletcher has created a film that anyone can watch and enjoy, even if they aren’t familiar with Elton’s music, the style and heart of the film will win you over. The music grabs your attention but it’s the emotion of the story that makes you stay.