It starts with stepping out of your front door and deciding that this is what you need to do to begin to change your life. Making little steps towards a bigger goal, having the support you need but may not want. Knowing when to let go of things or people that are holding you back. Recognising what you think and feel about yourself and realising when to open up to others. These are all things that Brittany goes through in the film. Oh and she also runs a marathon.

Brittany is 28 years old; she leads a very unhealthy lifestyle. All her friends and people she knows seems to be getting their life together except her. She works at a theatre in the evenings, parties until the very early hours then slumps home and sleeps most of the day away. She’s broke, in debt, drinks, takes pills, gives blow jobs to guys in bathrooms at clubs and eats junk food. But after going to the doctor who tells her she needs to lose weight, she is spurred on to start running. But this pathway was never just about the weight, she wants to improve her life and feel good about herself.

Based on a real person, writer and director Paul Downs Colaizzo was inspired by his roommate, at the time, Brittany, who looked at her life and didn’t like what she saw or who she had become. She started running one day and eventually ran the New York marathon. Although inspired by his friend’s courageous journey, the character of Brittany goes through different steps and hurdles where running is only the tip of her story. 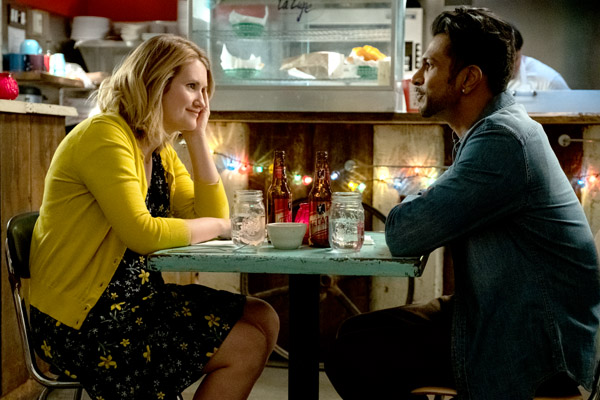 As Brittany matures and realises what she needs in her life, she sheds a toxic friendship that has been holding her back without even knowing it. Her friendship with best friend and roommate Gretchen is one rarely explored in film which is just one of the elements that gives this film its edge. Part of Brittany’s growth throughout the film is about accepting others but even into the third act, she says some unkind words to a large lady which are completely unwarranted, seeing herself in this woman. She eventually apologies but it’s the forgiving message she gets back that hits home to Brittany, spurring on the final act and the marathon itself.

Downs Colaizzo actually said that the film is a coming out story, as Brittany becomes the real person she always was and accepts herself in order to let others in. Jillian Bell who plays Brittany really understands and encapsulates this so well. Her comedic and fun personality shines through at the toughest of moments but it’s the vulnerable and emotional points that she hits which makes this the perfect character for her play. Brittany doesn’t just run a marathon, she takes on the whole world when she doesn’t need to, she goes on a journey of discovery in every aspect of her life to find her true happy self which is inspiring and refreshing in this film climate.