When a highly successful businessman and tough as nails gangster Pan-su gets into an accident with bullied overweight teenager Dong-hyeon after eating at a mysterious Raman café, he wakes up in hospital in the teenager’s body.

With swaps, there is an opportunity to try something new and is usually a fun experiment in seeing how the other half lives. Unlike other films of this sub-genre, the two swapped characters aren’t active together for most of the film, leaving the gangster, Pan-su, in teenager Dong-hyeon’s body for the majority of the action. Both worlds do collide but the comedic value is ramped up with Dong-hyeon as the wimpish boy in Pan-su’s body, especially in a showdown at Pan-su’s old flame’s restaurant and his business rival along with his henchmen ready to fight not being aware of the body swap. By this point in the film, things have been complicated with other plot and characters reveals but the fights scenes are still very enjoyable, especially as only three people in the room know what’s actually going on. 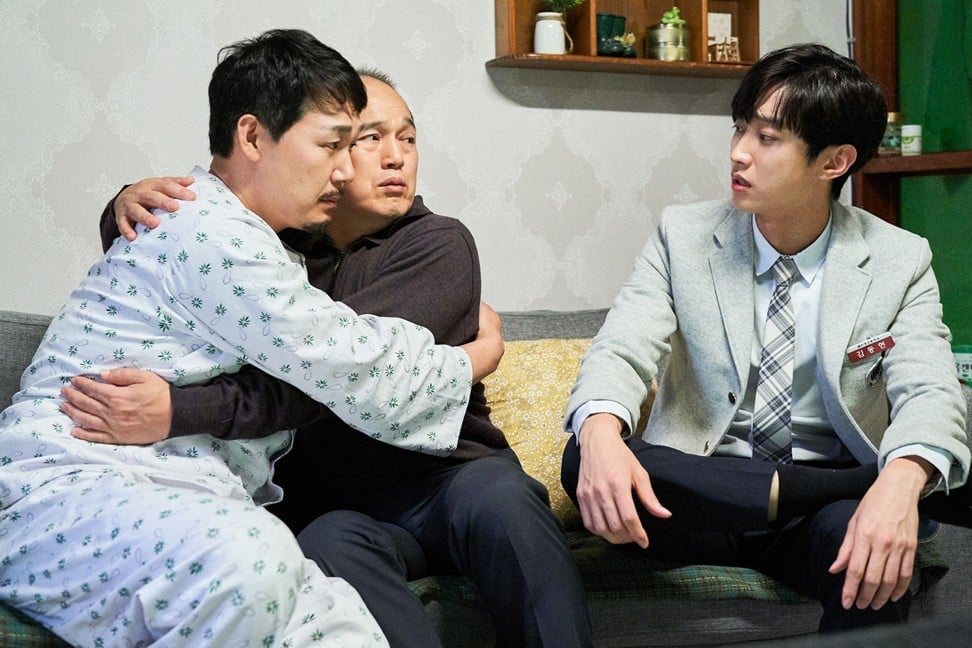 Having K-pop star, Jin-young Jung in the main role was an excellent casting choice. Playing an older, tougher, clever gangster type makes him immediately intimidating when he swaggers back into school. It doesn’t matter how he looks; he confidently takes on his new environment and is able to physically beat Dong-hyeon’s bullies. There are plenty of fat jokes that are hurled the character’s way and when he finally sheds this extra layer, it’s done to help the character get into shape, get healthier and help a fellow student out with their own problems, instead of a beautification reveal only.

The story and characters, apart from Pan-su, may feel as if they are lacking more substance, as the film does try to pack quite a few side stories in, but at the heart of it is fresh take on the sub-genre with thrilling fight scenes and comedic performances that make the film a fun story to watch. Whoever said that body-swap comedies were a thing of the past?