If you didn’t catch episode one, welcome to 31 Days of Deathmatches. This is an advent calendar-style countdown to Halloween offering you a door of deliciously gory wrestling per day. Our trip to the spookiest day of the year will take us around the world and through time. This will chronicle some of the most significant deathmatches throughout the years but will mostly consist of my absolute favourite barbed wire bouts and glass shattering matches. Without further ado, let’s open the next door. 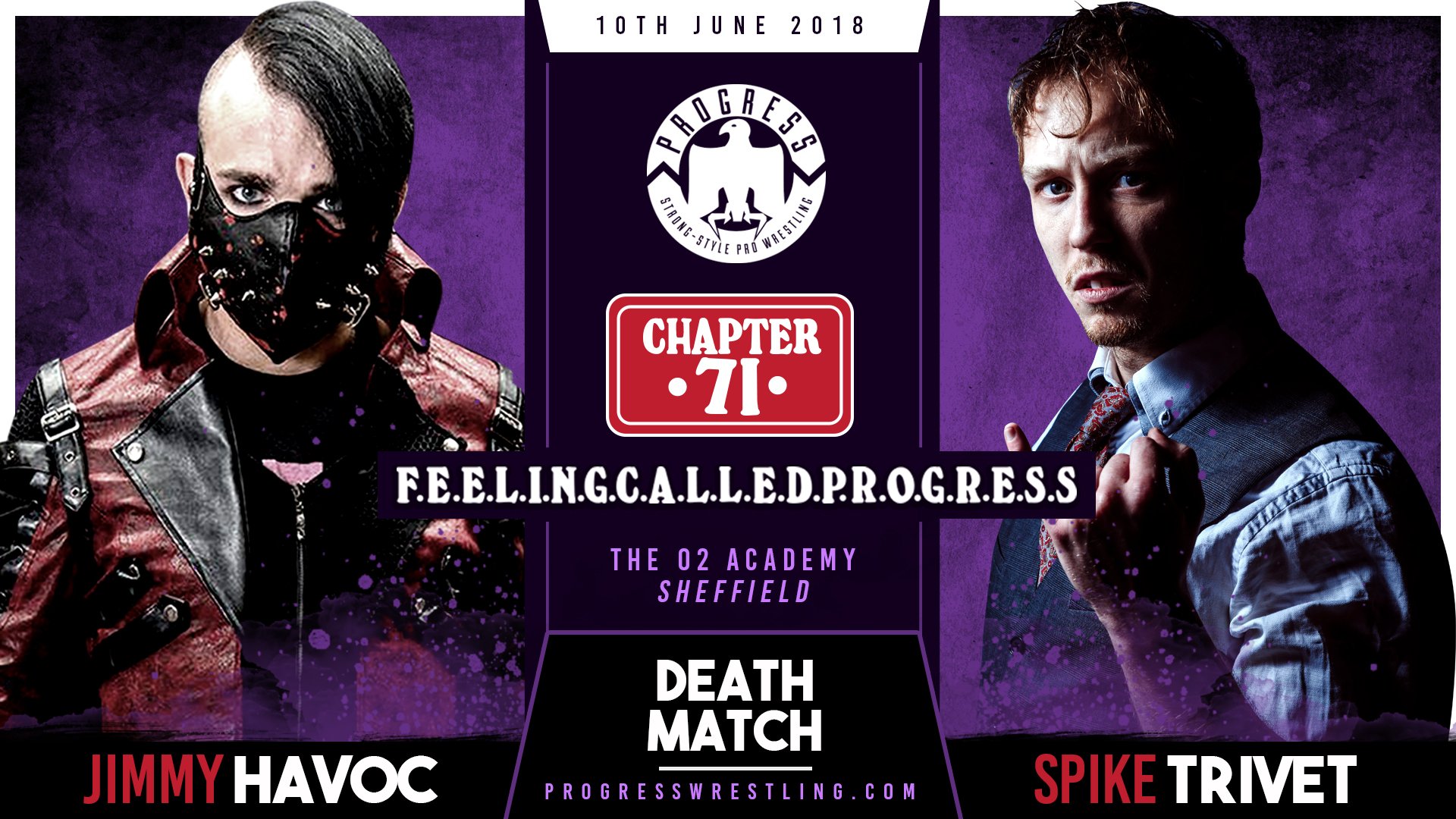 I’m kind of ashamed it took so long to get Spike Trivet on this list. He’s one of the best on the British scene right now at way more than just deathmatches and it took me until day 30 to acknowledge him. So, to Spike, if you read this, I’m sorry. Now a little context, I was at NORTH Wrestling on Sunday 27th October and the man himself was there. I awkwardly approached, collected his autograph and then told him a bit about the calendar, asking what his favourite deathmatch was. His answer, any against Jimmy Havoc. Well, here we go probably the biggest and bloodiest between the pair at PROGRESS Chapter 71.

To the uninitiated, Spike Trivet is in a phrase, richer than you. He’s a super-wealthy, stuck up twat who will love to remind you of it. He’ll not only show you his silver spoon but also beat you over the head with it. He’s in a class of his own and most of his promos will show it. Oh, and he may or may not be a Tory. Most people seem to think he is. Anyway, he had a longstanding deathmatch rivalry with the king of deathmatches Jimmy Havoc. One of those matches happened here and things got very ugly.

After a scathing promo from Trivet, Havoc snapped and battered him in the head with a bottle. The pair stomped the shit out of each other and the toys came out quickly. Chairs and staple guns were out in mere minutes with Trivet getting his tongue stapled. In return, Trivet stapled money to Havoc. Then cookie trays and spiked cookie trays are thrown into the mix. Trivet took it one step further cutting Havoc with scissors and pouring lemon juice on the cuts. He then did one of the coolest things I’ve ever seen in a Deathmatch putting Havoc in a tree of woe, rubbing a canvas against his bloodied head and painting with it. The crowd chanting Art Attack was a nice change. Havoc did not appreciate the picture, beating the crap out of him and DDT’ing him onto a chair. Unfortunately for Havoc, Trivet then used the same chair in a Backbreaker. Then the inevitable happened, tacks, lots and lots of tacks. All used on Havoc. As Havoc lay exhausted, Trivet took to the mic and called Havoc unnecessary. Havoc played Terminator with chair shots to the head and slams into the tacks, trying to prove Trivet wrong, until finally succumbing to the damage from Trivet.

This match left the PROGRESS audience in shock. Trivet had beaten the biggest deathmatch wrestler in the UK in his home turf promotion. He had not only won but won dominantly. He proved his point and left Havoc broken and bleeding. It was a tough watch at the time and the chemistry between the pair is still amazing to behold now. The pair have since had other matches including one here from Wrestling Resurgence.

Come back tomorrow for your final Deathmatch treat!