Naming a film after a place means that there is some significance to the story or the characters but at first glance this story about two different couples, both teachers and their students, escaping their home town for a weekend away from everything and everyone they know, Scarborough is an odd choice.

Two different couples; fiery and immature Beth and her somewhat soulful art teacher Aiden, outspoken Daz and his teacher, the weary worrisome Liz. They spend the weekend together, having sex, sharing stories, letting their emotions go wild, but not everything is as it seems. 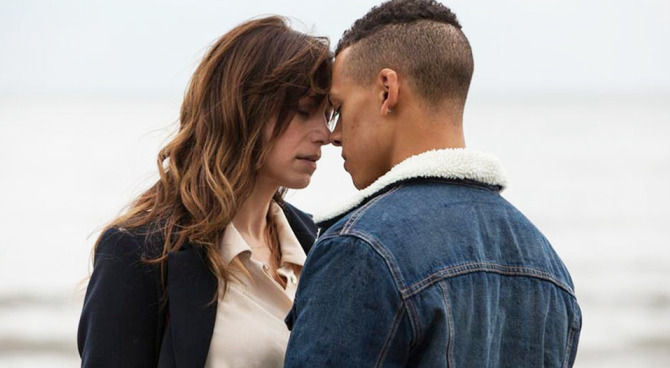 Films solely about an affair or affairs always seem to follow a similar plot as there are only two options, break up or dont. Scarborough is no exception in the predictability category, the couples argue and make-up, say they love each other then fight. The fact that one is a teacher, the other a student means that there is a lot at stake for the teacher whereas the student is carefree and doesn’t really care about the consequences but claims he does. Although staying at the same hotel, the couples never really meet, despite that its the offseason for the seaside town and there isn’t really anyone around.

Despite the brilliant casting of both couples its difficult to sink in that these two pairs are in love. The fact that their love affairs are illegal in the eyes of the law isn’t the issue, its that the age gap and the fact these adults who are meant to be responsible for their lovers and their peers makes the whole film slightly uncomfortable to watch. There is also a double standard stigma between the couples made obvious through the interactions with the hotel clerk. He’s all winks and nudges with Aiden about the young Beth, even so far as openly flirting with her. But with Liz and Daz, he acts as cold as ice, judging her for being with her ‘young companion’ and suggest they both leave the hotel. If the latter issues was expanded the story could have gone a different way but that seems to be saved for another film.

Adapted from a play of the same name by Fiona Shaw, the film may have been in danger of feeling like a play, staged, limited and dialogue-heavy, but thanks to the unusually picturesque yet bleak Scarborough seaside town, a very unromantic tone is thankfully set, making it easier to watch these two couples ‘break the rules’. Setting a story by the sea signals a mixtures of emotion which is exactly what this film is about but doesn’t mean its for everyone.

Scarborough is out now in cinemas