A solemn montage of Paris opens the film, reflecting against the soft undertones of Red Heartbreaker’s mesmerising score. Looking out towards the horizon, we get our first glimpse of Krow – our central subject. He leans against the railings of the Eiffel Tower as the score swells. “From this moment, I can see me,” Little Crow sing over Krow’s contemplation, the lyrics hit a poignant tone for him and his story. He’s here. He’s finally made it. The journey, however, certainly wasn’t easy.

Fresh from its worldwide premiere at London’s Raindance Film Festival comes Krow’s TRANSformation, an introspective look into transmale model Krow Kian’s transition to becoming his authentic self. Filmed over a span of three years, we share Krow’s journey with him. We see his highs, his lows and see an insight into just how hard transitioning can be.

Along with Krow, we hear stories from other trans men around him – including his best friend, Ashton, and Winter Youth singer-songwriter, Kas. Each man shares their unique stories with their transitions and provide different outlooks in the vast and complicated world of transitioning, an important factor in educating those who are uninformed about this world. These two men in Krow’s life act as past and future; Ashton representing the past turmoil they both shared in school and how it brought them together as trans males, whilst Kas shows a possible future as we see his marriage to his cisgender partner and bandmate, Emily.

Krow’s TRANSformation ultimately is the highlight and central focus of the film. We celebrate Krow’s first birthday with him (otherwise known as the first day he received his testosterone injection), his gender reassignment surgeries, and all the undertakings that he feels necessary to become who he is. But along with that, we see his re-introduction to the world, as he continues on with his modeling passions years after he left the field. Here, Krow shines; he is finally who he has always been and now the world can see that too. 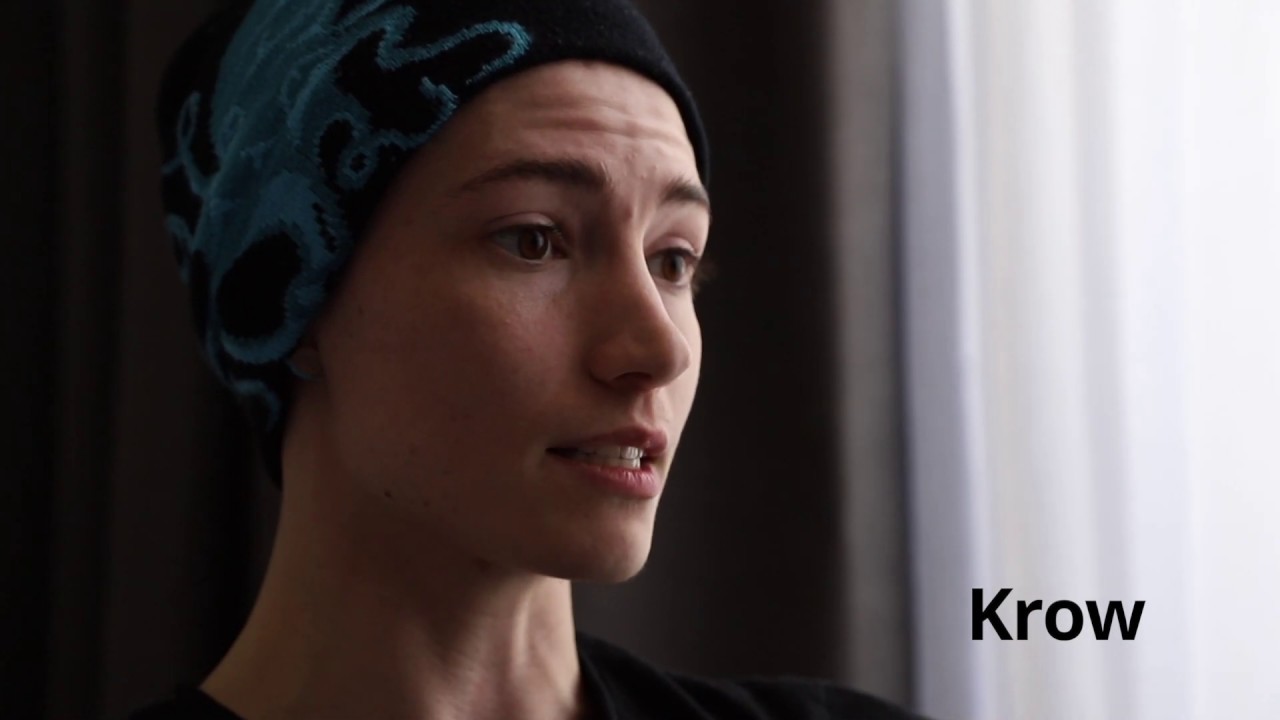 However, following Krow’s transition is somewhat confusing. The interjections of interviews, anecdotes, and other events can sometimes lead to a non-linear narrative – leaving us unsure of where exactly we are in the film. Along with this, one thing that really lets the film down is its filming. Although some discrepancies can be made for its documentary format, there is seems to be little care in some of the talking heads – which are not properly framed and are somewhat distracting from the heartfelt stories told by director Gina Hole Lazarowich’s ‘brave subjects’.

Despite this criticism, one thing I can certainly applaud Lazarowich for is her sensitivity on the subject. Each of her self-titled ‘brave subjects’ shares as much as they deem necessary, whilst keeping an air of privacy for themselves. Specifically, this regard can come to that of Krow’s mother. She has a hard time accepting her son as he was, not understanding how someone asking to be a female model can choose to reject almost half a lifetime of work. She expresses her remorse to Lazarowich and refuses to shy away from it. Her regret is important, and her previous ignorance is realised as she knows just what damage she had done in not allowing her son to be accepted in her eyes.  Though as she understands that “[Krow] was trying to understand how to be a girl,” she embraces her son with open arms, choosing to change her mind and accept her son’s true identity; it is who he has been all along.

Truly, Krow’s TRANSformation is Krow’s story and his rebirth as the person he was always meant to be. It is his reintroduction to the world, and certainly he has come out with a bang, modeling in Paris for none other than Louis Vuitton. It gives just a glimpse into Krow’s story, leaving us wide-eyed and ready for his next ground-breaking step – which he is certain to take any time soon.