With the release of The Captor this year, telling the real story of how we came to have the term ‘Stockholm Syndrome’, Bel Canto, which has a similar theme, has been released into almost oblivion, swallowed up by other film releases. It is adapted from a best-selling novel of the same name by Ann Patchett, with a well-known international cast including Julianne Moore, Ken Watanabe, Sebastian Koch and none other than ‘Highlander’ himself, Christopher Lambert you may have though that the film would have been given a chance at the box office. But perhaps, a story about human connection, the love of opera and terrorism wasn’t something an audience wanted.

Famous American Soprano, Roxanne Cross has been invited to sing at a private party in South America, part of a deal to persuade Japanese industrialist Katsumi Hosokawa to invest in building a factory in the city. But during the concert, guerrillas soldiers attack the house and take the guests and owners hostage after realising the President is not present. Over several weeks the hostages and captors learn to survive together, even forming close bonds. But even as the days go by, both sides know this can’t last forever.

The original novel was based on the real-life events that took place in 1996 at the Japanese embassy in Lima, Peru where the hostages were kept for 126 days before they were all eventually freed after a raid by the armed forces. Bel Canto echoes some similarities in the actions that happened in the real situation but as the film is based on the novel, artistic license is taken and characters are explored. The film explores the lives of both hostages, the wealthy, multinational guests and the soldiers, making them seem like the enemy at first but over time they are given the screen time to tell their side. 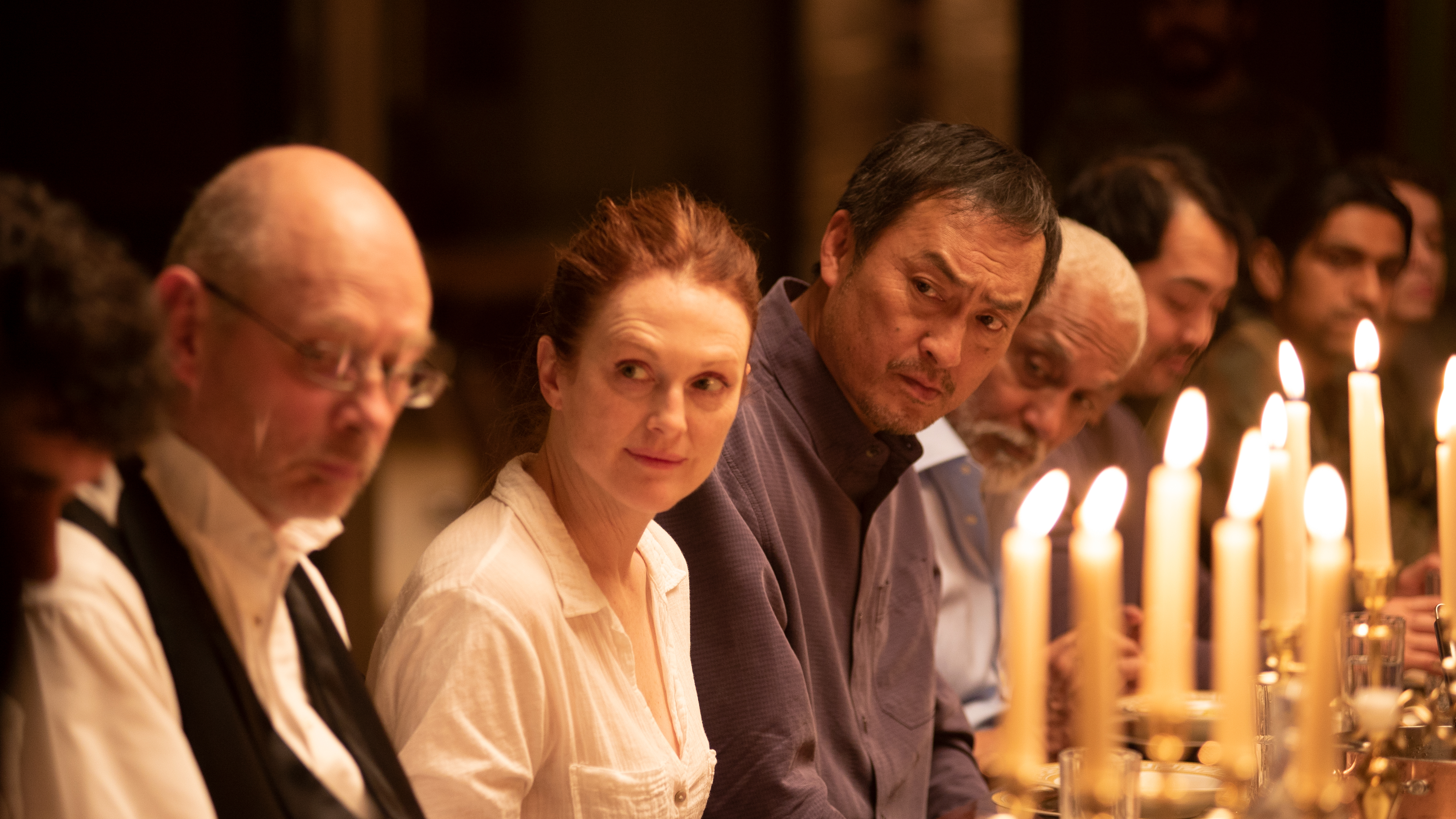 Interestingly enough, the novel Bel Canto was adapted for the stage in America as an Opera in 2015 which makes far more sense than a straight forward drama such as this. However, the film has merit for the smaller moments, the soldiers playing football, Lambert’s character playing the piano while another soldier sings, Carmen and Gen’s stolen moments at night and one that speaks volumes, when Red Cross negotiator Messner played by Koch, who has no one to talk about how he feels, takes a few hours for himself and sight-sees, after all he was there on holiday to begin with. If you’re expecting something spectacular, you will be disappointed but if you are hoping for a story that is about human and emotional connections, you’ve come to the right place.

Based on: ‘Bel Canto’ by Ann Patchett