As with most big blockbuster films these days, if it’s successful at the box office, you just know there is a sequel coming around the next corner. When The Lego Movie was released in 2014, it was a smash hit with audiences and critics alike, even contributing to there being a shortage of Lego products in September 2014, its safe to say that the spin-offs and eventual sequel was to be expected.

Set immediately after the end of the previous film and the events of Taco Tuesday, Emmet and the gang are face to face with Duplo invaders who proceed to destroy Bricksburg and anything colourful and shiny. A jump forward in time of 5 years shows that only a wasteland, named Apocalypseburg, remains. All the former citizens of Brickburg have hardened to their new surroundings, all except Emmet who is still a positive, happy person, much to Lucy’s worry that he’ll never toughen up. But when Lucy, Unikitty, MetalBeard, Batman and Benny are kidnapped and taken to the Systar System, Emmet joins forces with the mysterious Rex Dangervest to rescue his friends and stop the impending Armamageddon.

The Lego Movie has grown up in the 5 years since we saw our hero and his master builder friends on the big screen. There are  jokes about the DC Universe, with the Justice League (including Jason Momoa as Aquaman) minus Batman who is said to being having a standalone adventure at the time, as well as the best double cameo from Bruce Willis and a nod to Die Hard, a joke the kids would definitely not understand. The film doesn’t take itself seriously, which makes everything about the story and the characters, including the new fabulous shape shifting alien Queen Watevra Wa’Nabi perfectly voiced by Tiffany Haddish, a bigger spectacle that’s entertaining from beginning to end. Adding in time travel, misleading musical numbers and a ceremony that may or may not bring about the end of the world, the world of Lego is expanding. 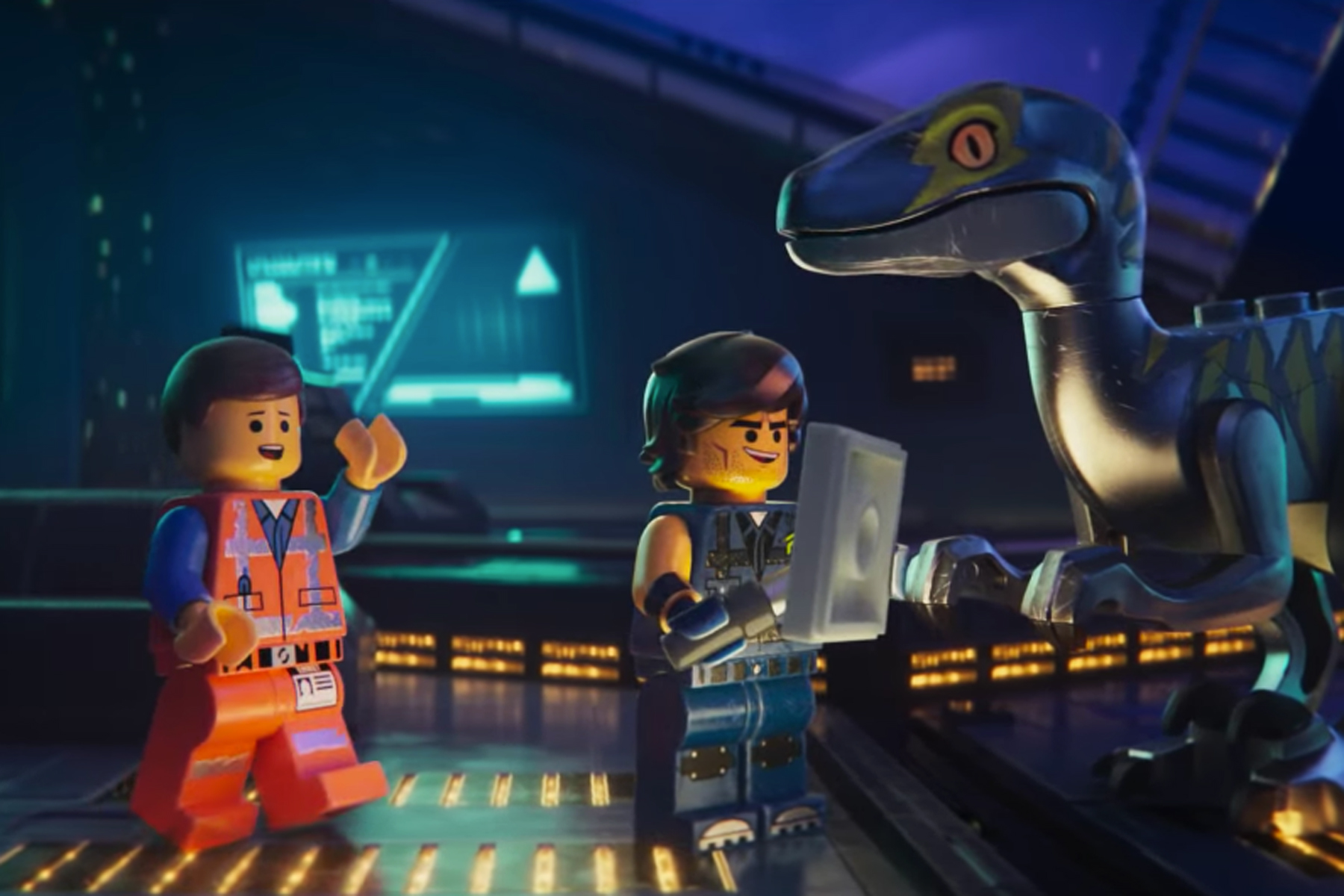 Aside from the witty dialogue, the film touches upon more serious notes and is able to make you feel for the, ultimately, inanimate objects. Emmet is once again removed from his universe to see ‘the real world’ and the brother and sister who hold the fate of everyone in their hands. The realisation that you are part of something bigger is pressed upon and instead of being too depressed to stare into the void, Emmet takes action in an unexpected way. But by this point several ridiculous things have happened, such as a ship crewed by velociraptors, and it’s easier to accept whatever happens. The idea that destruction is creation is a large part of Emmet’s character development and the effects of tearing down a universe can have on someone. From the broken pieces, they will always be able to rebuild.

With such a success to follow up from the first film, The Lego Movie 2: The Second Part had much to live up to. Luckily, the creators decided to go with familiar territory, more musical numbers, the same humour and made everything a little bit more ridiculous. Not to sound too cliched as the film uses it as its symbol, but its all about heart.

The Lego Movie 2: The Second Part is out 3rd June on DVD/Blu-Ray