Bullying is a subject rarely tackled from the point of view of the bully. Stories about people growing up and coming to terms with what they did at school and realisation that they were in the wrong is usually framed as characters with delusion and they never really get over what happened when they were teenager. With pent up angst, long term suffering abuse from a parent and trying to raise her own family, Jessica Hynes’ Tina is trying to get past her own demons.

When Tina’s eldest daughter is bullied by her so called friends, old wounds open when she finds out the bully’s mum is someone she hurt when they were at school. Tina tries to do what’s best for her family while trying to come to term with what happened to her when she was growing up. 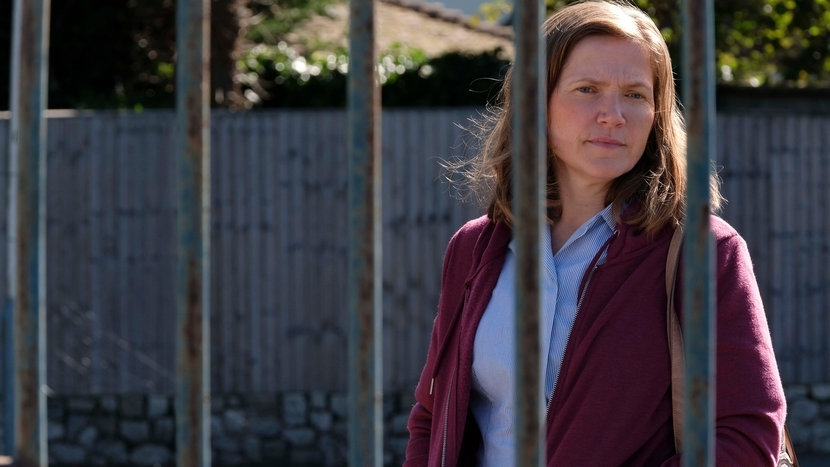 Tina, mother of three, care worker and amateur boxer wants something more. But this isn’t about escape, she loves her children and her husband, even though he works nights and isn’t always around, she dodges calls from her exasperating mother and cares for her quiet father, but she seems free when she goes for a run and when she boxes. Her pent up anger is released with every punch. She needs this time to wind down and breathe. It seems that Tina hasn’t been given any time to process her own issues. This takes an unexpected turn back to her parents and not as the title would suggest, with her old school pal.

The abuse that Tina suffered, which is suggested through talks with her father and the behaviour of her mother, is the key to Tina accepting herself, only then is she able to really start caring for everyone around her, including herself. Along the way her family experience small victories which adds to the feeling that no one is alone, they are a family, they don’t give up on each other.