Films aimed at children also have to make sure there is something for the adults to enjoy, as they are the ones taking them to the film, usually a ‘children’s’ film’ is more appreciated by the adults. It also goes that not all animated films are for children, as any 5 year old who accidentally saw Anomalisa found out. Luckily, The Big Bad Fox and Other Tales lives up to it’s children styled title. This is for the young ones but thanks to the witty lines from these farm and woodland animals, the adults can enjoy the hidden delights that only they will pick up on.

Breaking the fourth wall, the film is set up as a theatre group made up of animals who present three stories, with breaks back to reality (or the ‘theatre) to intro/end the next story. ‘A Baby to Deliver’ is about stressed out pig who ends up on a hell of journey to deliver a baby to her parents after a stork injures themselves. Thick as two planks duck and rabbit join in resulting in more than one occasion where poor pig ends up in trouble. ‘The Big Bad Fox’, the central story is about a fox who steals some eggs, in the hope that when they hatch he won’t have to each turnips for supper. But the big bad fox has a change of heart and ends up having to save them from the wolf, his partner in crime. To end the film, the last story is ‘We Must Save Christmas’, another adventure where duck and rabbit think they have killed Father Christmas and therefore must take his place, dragging pig into their schemes too. 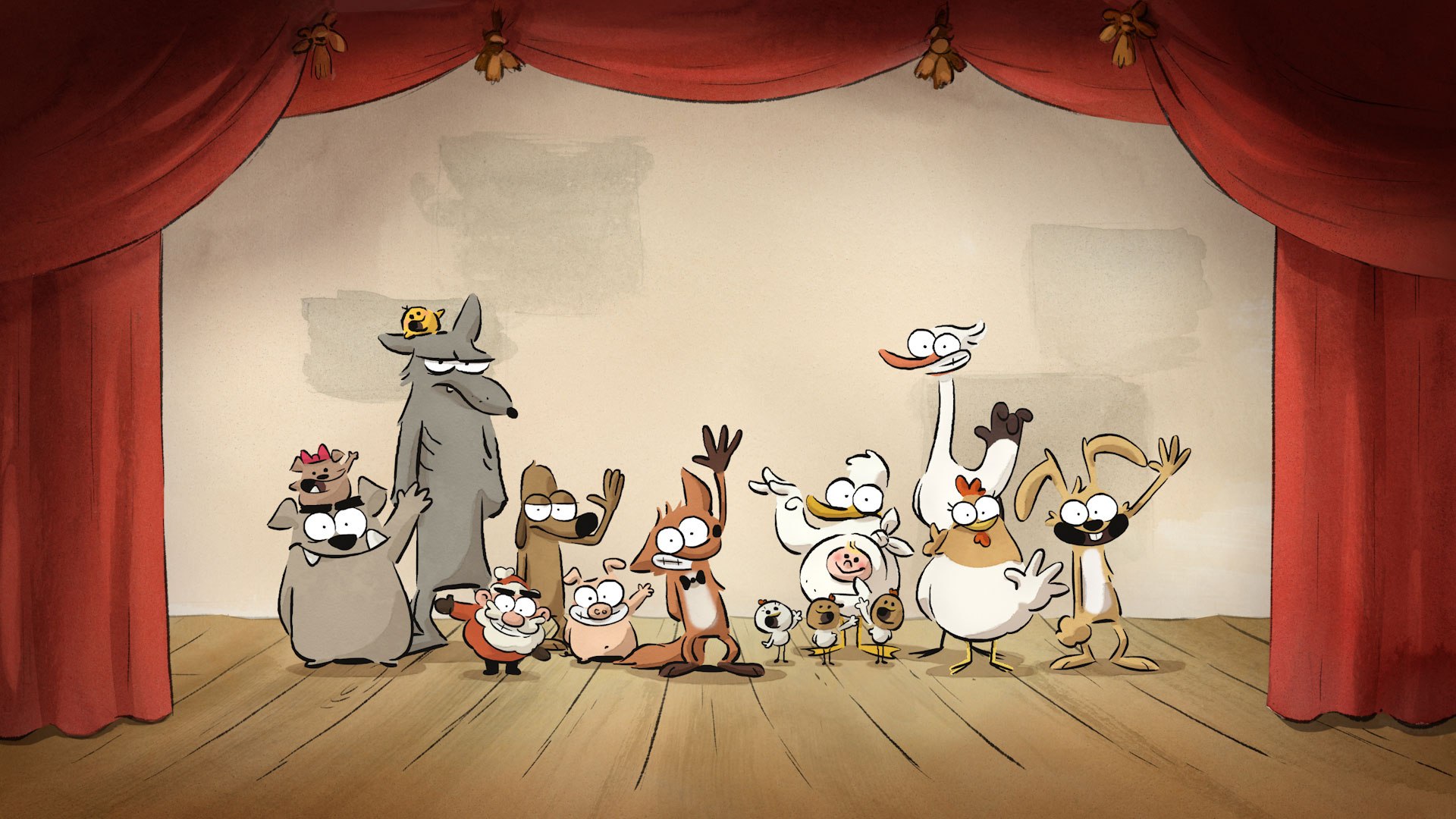 Cleverly each story is based around childlike beliefs, such as a baby is delivered by a stork when born or that Father Christmas is real. The stories are also about growing up. The animals, especially Rabbit and Duck who are cause more harm than help, but their hearts are in the right place, its just they don’t know what they are doing. Each story and wonderfully drawn character is unique, not just by the beautiful animation, which takes into account subtle gestures and expressions, but the delivery of the lines, by the British cast at least, really captures the essence of their animal counterparts.

A funny, sometimes even laugh out loud moment, witty and not at all small minded animated film that is beautifully animated in 2D, makes you wish that there were more films made this way. But with Panique! Productions already with an Oscar nomination for their 2014 film ‘Ernest and Celestine’, the company is hopefully on its way to the top of the best animators around and making another gem like this one.