Sometimes we want to pretend we’re someone else and forget our problems. We might even pretend we’re our heroes or we’re our own hero. For Stycie Waweru’s character Jo, that’s Supa Modo.

Jo is dying. Her mother and sister have given the terrible news that she doesn’t have long to live. Wanting her to be in a comfortable familiar place, they bring her home, away from her friends at the hospital. At first her sister sees she isn’t happy so cheers her up by making her think she has super powers, even getting people in their village to join in. Feeling like she isn’t the sick child, Jo finally feels happy, even when her mother stops the games. As Jo is a huge fan of superhero and karate films, the village gets together to make her very own film, with her as the star.

Even though there is bitter sweet feeling from the start, it doesn’t stop anyone from enjoying every moment of the film. Balancing sadness with comedy and with a great cast, especially Stycie Waweru who plays Jo, she lights up the screen and is able to see and understand what is happening to her but her illness isn’t going to stop her from having fun. 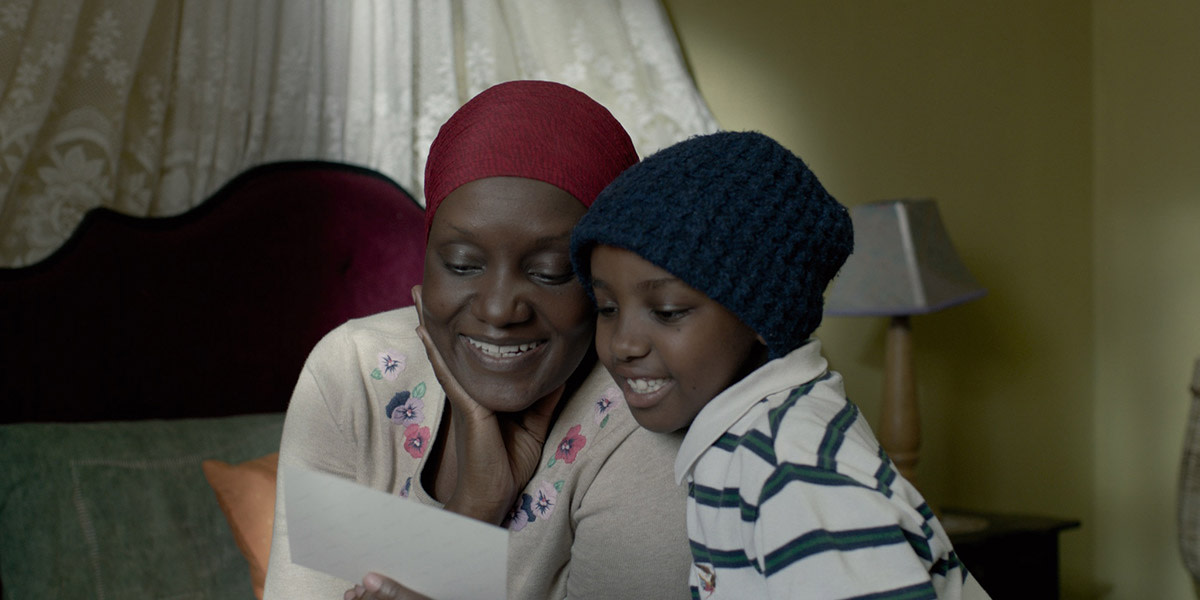 Director and writer, Likarion Wainaina was present for a Q & A where he shared stories about how the film was made and how the story came about. He had had a very different story in mind, mostly autobiographical, but after meeting the children in the similar ward Jo was in, he changed his mind.

Even though you’re in for an emotional ride, you know it’s coming from the start, you can’t help but feel drawn into the family, their friends and the whole village who come together to one little girl’s dream is beautiful to watch. Seeing the completed film at the end, complete with a fantastic VJing (pronounced: VEE-JAY-ing) performance, not a gimmick but a common way to watch films in Kenya, you feel uplifted and hope that Supa Modo lives on!