It’s Best of the Super Juniors Day 8, we’ve still got mostly static camera shots and no commentary. We head into the backstretch of the tournament with some very interesting stories still in play and no clear winners in sight. Let’s see what happened…

– Scurll has the early advantage

– Despy controlling with Scurll focusing comebacks on the arm

– Scurll picks up the win with the Chicken Wing

Winner: Marty Scurll Rating: 5 out of 10 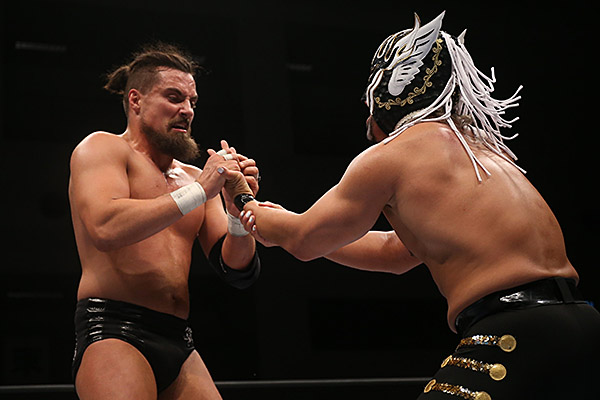 – On the apron, Sabin knocks Lee off

– Goes for a cannonball,  LEE CATCHES BUT SABIN HITS A HURRICANRANA

– Follows with a cannonball

– This match was fine

– A lot of groundwork and submissions

– KUSHIDA just can’t get Sho to give up

– Sho uses his power advantage to try and beat KUSHIDA

– Finally locks it in

– This isn’t the match you expect from the Juniors and your mileage may vary on this one.  As someone that doesn’t enjoy this style, I admit I’m lower on it than most.

– Taguchi runs into a wall, yes you read that right.

– Taguchi brings out the ass attacks

– Taguchi getting serious and really laying into Takahashi

– Taguchi getting some near falls

– Ankle Lock is synched in

– Another great main event in this already awesome BOSJ

Winner: Hiromu Takahashi Rating: 8 out of 10 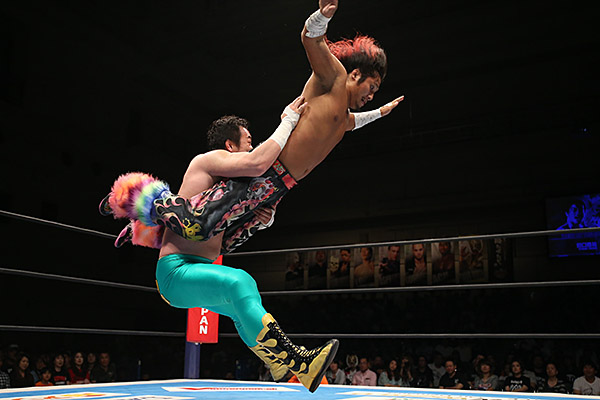 A real variety show with 4 different matches.  Had I like the semi-main more, I’m sure this night would rank higher on my list but even still, it was another good night of action.