Hello and welcome back to the New Japan Cup, yesterday we saw Tomohiro Ishii fall short against Michael Elgin and Yujiro Takahashi pull out the surprise of the tournament, not by winning, just by being good. As with show 1, we’re only giving you full reviews of tournament matches, just to save you time and effort. And with that in mind, let’s begin:

This was as good as could be expected. Fale, though he has his fans, doesn’t particularly step far outside of the standard box of ‘big lad wrestling’ but Archer is often an underrated presence in singles matches, having carved a niche and with his 6″9 frame, is one of the few men who doesn’t look like a vanilla midget next to Fale, especially when he’s able to pull off a smooth rope-walk diving fist like he does here. As fun as this was, it wasn’t a standout classic with some good moments but lacking that essential impact that great matches have, though is must be said that Fale worked hard here to make Archer look good even in defeat, with Archer getting a good near-fall off a chokeslam. Eventually, Archer was felled by the Grenade pop-up thumb to the throat for the pin. 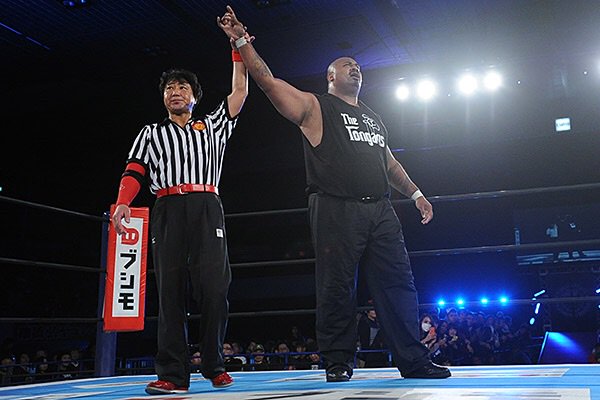 For the past three New Japan Cups, the Ace of New Japan has failed to get past round one. The big question going into this encounter was could he break the habit of a lifetime, especially against a newly heavyweight and newly energised Taichi? For anyone who doesn’t want to read ahead, yes. So if there are two things worth taking from this match it’s that Taichi, the man who was for the longest time, the worst part of whatever juniors division he participated in, is solidifying his position as a really fun heavyweight and some to keep an eye on in the run-up to July and August’s G1 Climax but also that Tanahashi truly is a better wrestler at 41 yrs old with one un-injured arm and no un-dodgy knees than most fully healthy 21 yr olds are. They kept the structure, as HearSay once sang, pure and simple with Tanahashi not just working against the odds as Taichi brought some of his junior mates with him but also a mic stand and a loose connection to the rulebook but also, Tanahashi’s injuries make him a man covered in obvious targets to exploit. Last night, some of the crowd were chanting for Taichi, tonight, everyone was behind the ace. It wasn’t the strongest match in the Ace’s back catalogue, he is clearly working through some injuries he should have possibly let heal for longer and Taichi, even if he has a much stronger grasp of psychology than anyone thought, is still waiting for that one big thing to click to really make him stand out, especially as so far he has impressed in matches with two of the big four, when he can put on a match like this but with, say, Tanga Loa, then he’ll have my attention. Tanahashi came out on top in the encounter after hitting a High Fly Flow frog splash off the top rope for the pin. 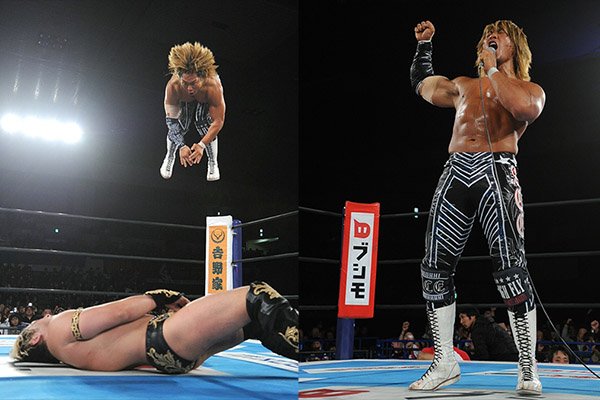