It lies dormant in your subconscious. You’ll be going through the motions of your normal routine, when it hits you out of nowhere. Memories of that awkward moment, one that you had repressed for many years, come flooding back to you. How does it make you feel? If you’re like me, you’ll either laugh your ass off, shudder, or feel guilty for even being associated with it. What am I talking about? What’s the dreaded demon that lurks in the depths of my psyche? It’s the memory of Matt Hardy & Kane fighting over who would get to marry Lita in a “Till Death Do Us Part Match”.

I will never be clean again, and apparently, some of the VultureHound and SteelChair team feel the same. So, our gift (or grievance) to you is a tidal wave of nostalgia that you probably wouldn’t want to be brought up at the dinner table. From trips and tumbles, to storyline faux pas, here are some of WWE’s most cringe-worthy moments…

Ross McLaren – “It Wasn’t My Fault” 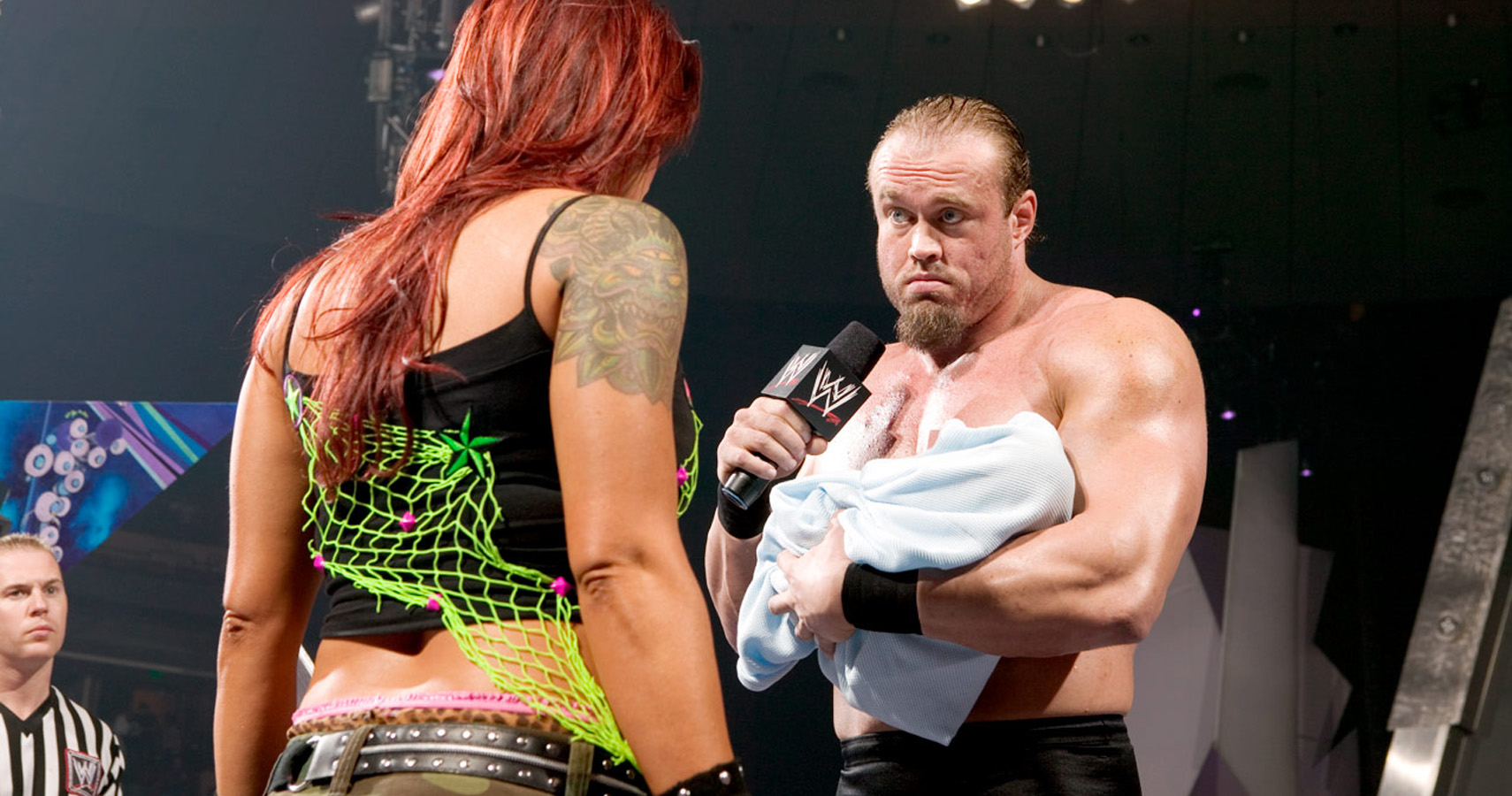 When I was asked to write up just one cringe-worthy moment from WWE history, I didn’t realise just how many I’d have to choose from. I was tempted to say WWE RAW in general over the last few years.

The first moment that springs to mind has got to be the Kane/Gene Snitsky “it wasn’t my fault” angle. Kane got Lita pregnant behind Edge’s back and then lost her baby thanks to Snitsky, who milked the angle dry by kicking baby dolls into the crowd for fun – A real low point. Even worse than the Torie Wilson/Dawn Marie Father lover funeral fiasco and that’s really saying something. I could sit here all day… 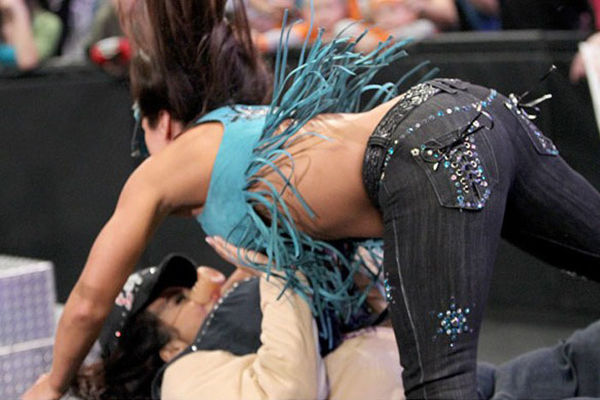 In 2009/2010, Michelle McCool and Layla started to bully Mickie James, dubbing her “Piggie James”. This story had lasted for months, showing a tearful James fighting to regain Women’s Championship.

WWE thought it was a good idea to broadcast the weight-related bullying to millions of girls around the world. What’s more, no one in the Divas locker room was helping Mickie James to stop the harassment she was suffering from LayCool. That was unnecessary and cheap.

Whenever I look back on DX – the whole thing, both original and revival – it’s nothing but a constant source of embarrassment. They’re a strange mix of homosexuality, anti-authority counterculture and fascist propaganda. Ideologically, it’s all over the place.

When I first decided to go back through their greatest hits on The Network, I was expecting a gang of cool street thugs with a take-no-prisoners attitude, like I remembered. Instead, what I got was a bunch of childish morons chuckling at their own puerile jokes. I was suddenly overtaken with an immense sense of shame. 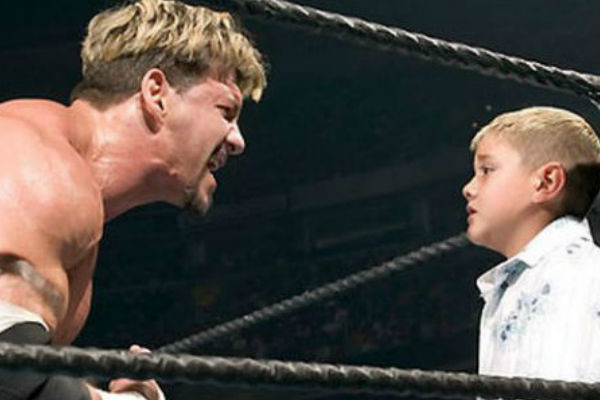 In 2005, at Wrestlemania 21, Eddie Guerrero turned his back on Tag Team partner Rey Mysterio, claiming he had a secret to reveal. Guerrero was the biological father of Rey Mysterio’s son, Dominic. In the following weeks, the young boy, lawyers and Mysterio’s wife, Angie, were involved on TV.

A Ladder match for the child’s custody took place at SummerSlam, a match that Mysterio won. The face of Dominic had been shown on TV for weeks and weeks. He was only 9 at that time and, even in kayfabe, this whole situation could have been extremely disturbing for this young boy. 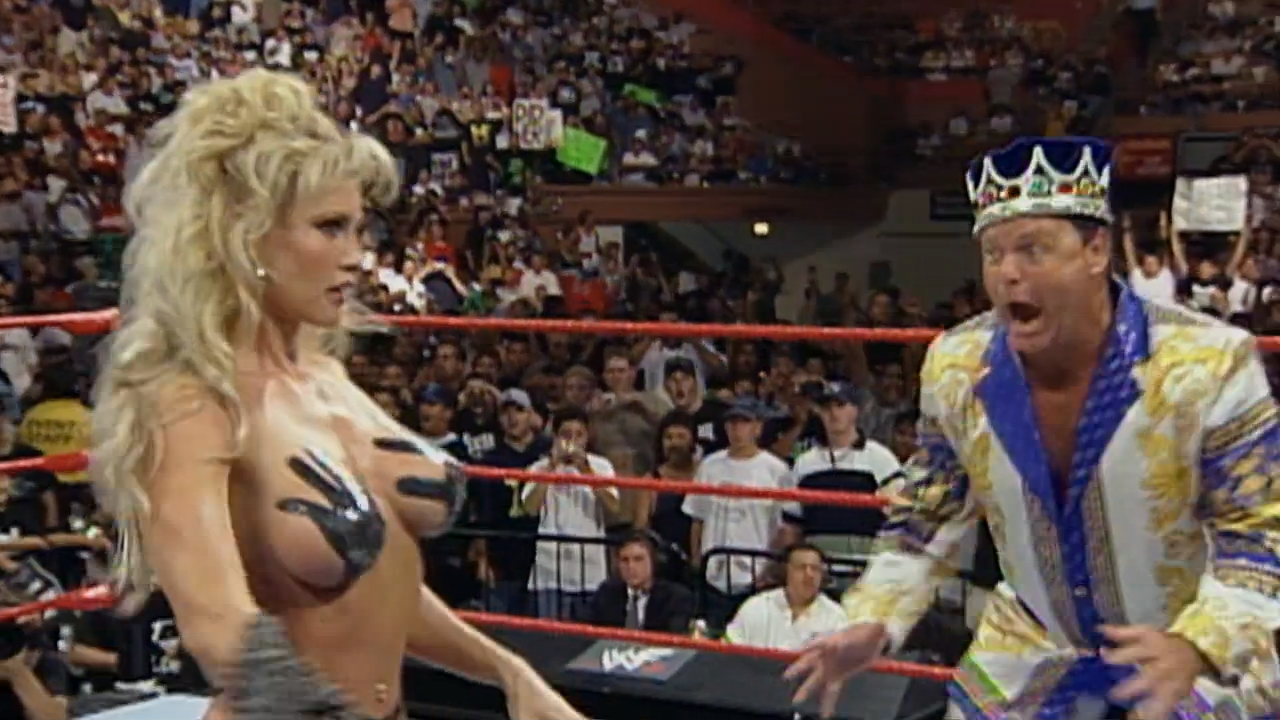 It’s no secret that Jerry Lawler is a bit of a philanderer. Maybe calling him a misogynist would be harsh considering he is quite the opposite. In fact, he adores women, but probably for the wrong reasons. I can’t help but crawl up inside myself whenever I hear those words, “look at those puppies”.

The worst part is that this wasn’t all too long ago. Admittedly, the Divas matches of yesteryear lacked quality, but that’s due to women with actual wrestling talent being put aside in favour of women with big boobs. Lawler would constantly fawn over these women with the cringiest of comments. Just watch anything back on the WWE Network and you’ll see what I mean. Some awkward moments go down in history, like the Shockmaster’s debut. Some become cult classics, like the ladder match for the custody of Dominic Mysterio. Some force us to rethink our recreational viewing of choice, like the infamous Live Sex Celebration of 2006. Then, some are downright deplorable, as Katie Vick is a name I hesitate to utter in the public realm.

Yet, the most powerful moments are the ones that stay with you forever. No matter how hard you try, you just can’t get rid of them. A bit like herpes. That moment, is Vince McMahon forcing Trish Stratus to strip and bark like a dog in the ring. Need I say more?

When it came to most cringe-worthy moments, I thought long and hard about what could possibly be the worst thing that I could remember from WWE TV. I then realised, I didn’t need to think that hard, because of the “Bayley: This Is Your Life” segment from RAW happened as recently as May of this year.

To further the feud between Bayley and Alexa Bliss, Bliss presented memorabilia from Bayley’s life, intended to humiliate her and prove how naïve and childish she was. We had words from her (Fake) school teacher and her (Not real) childhood best friend and her (you get the idea) old crush. With phoned in acting, going on for an absurd amount of time, and making both Alexa and Bayley look like morons, this segment left a bad taste in everyone’s mouths, and may have even damaged the reputation that Bayley has struggled to restore.

Ross McLaren – From Bad To Worse

So, the other cringe-worthy moment I love to watch to cheer me up when I’m having a bad day, is the John Cena and Batista’s double elimination botch from the 2005 Royal Rumble.

It’s not the botched finish and clumsy cleanup that bothers me. More the fact that Vince McMahon comes out (unplanned) and tears both his quadriceps at the same time. He is forced to sit in the ring like a toddler having a tantrum, until he’s literally carried to the back while the eventual winner can redo the finale of the rumble.

All images via WWE.