Beware the Bells – The Autopsy of Jane Doe (DVD Review)

Beginning with a sinister, gory and mysterious crime taking place in a nondescript town in somewhere USA, a calm-faced detective arrives to see the blood of several people who used to know speared across walls, floor and furniture. But the most curious piece of the gruesome puzzle; an almost pristine dead body, aka Jane Doe. Of course the detective is confused and suspicious, as it seems the recently deceased were trying to get out rather than someone was trying to get into their house. He delivers Jane Doe to the local coroner who has his lab in the basement of his home and leaves to make further enquires. This is not the story of how a detective solves a weird violent crime. This is a story about how a coroner and his son, also a coroner, find out about Jane Doe. The audience’s question; will the father and son survive the night? 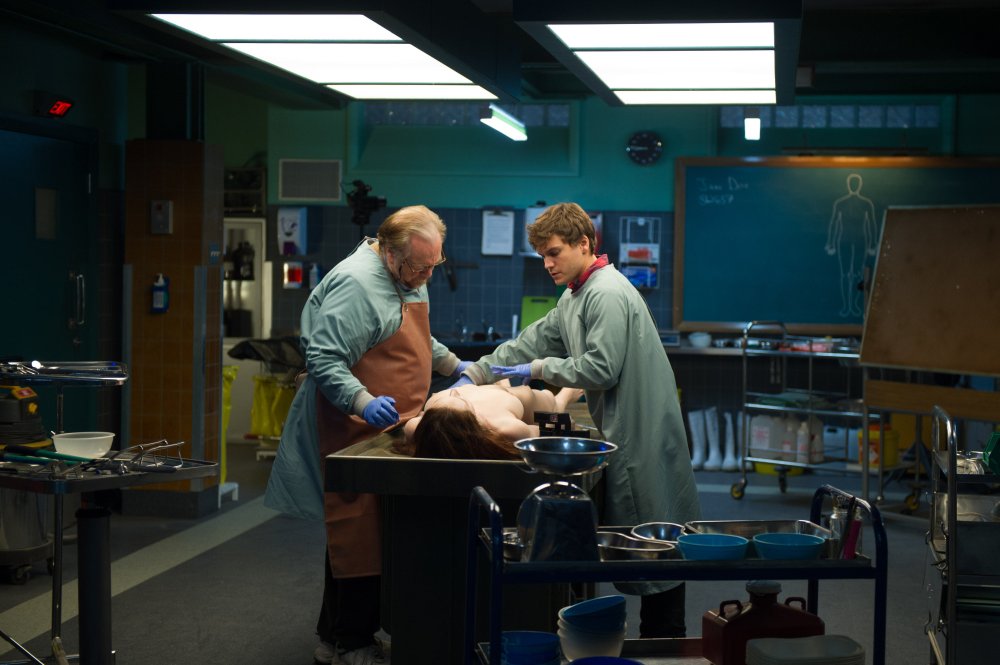 Most stories that centre round one location have obvious chapters. We meet the group going to the location, we can guess who will die first, we see an unlikely character prove his worth, a girl gives a twisted side scream, the last person walks away shaken and covered in blood or mud or both. We know the drill. Jane Doe doesn’t quite follow this pattern. Instead of a group of suspendable people we have two, or three if you include coroner junior’s girlfriend’s brief appearance. This is more of an intense thriller setup, but with the heavily mentioned dead bodies already tucked up in their metal tray cupboards, the film is definitely leaning more towards the horror spectrum. Those dead bodies provide many of the jumps and scares but you know they will walk again as there is short conversation between coroners about why they put bells on the bodies. It is so that if a body isn’t quite 100% dead, the bells can be heard. And those damn bells with haunt you the most after the film.

It was surprising to see this after director André Øvredal, who made the excellent Troll Hunter, but with the sort of genre twisting going on Jane Doe, here’s hoping the experimenting continues.

Brian Cox and Emilie Hirsch are the father-and-son team who delve (literally) deeper into the secrets behind Doe’s strange afflictions that are all internal. Strange things happen throughout the long night, and there’s a few turns for the worse. The investigation the autopsy turns into is unsettling as it is bizarrely fascinating, even if it does go over the top, especially near the end. Speaking of the end, there isn’t a solid conclusion which, as André Øvredal mentioned at the London Film Festival last year, there may be further stories featuring Jane Doe, but as of yet, there are no solid leads on this. Launching a horror franchise is harder than you think. 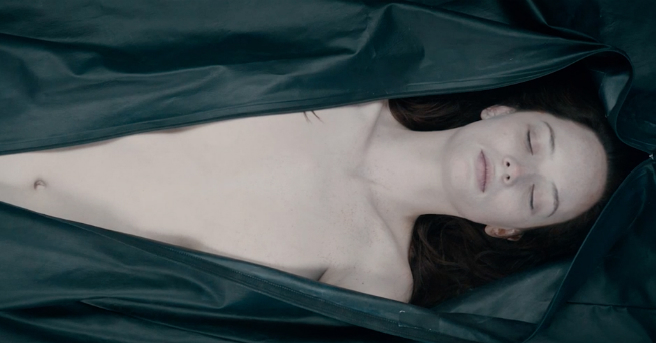 Although this is a two-man show, there is a stand out performance from Olwen Kelly as Jane Doe who learnt how to perfect shallow breathing. Award for best (and most sinister) corpse goes to Kelly.

If you’re searching for a different kind of horror story, this might be the one to watch. Also, in all honesty, beware the bells.