Are You There Brother Its Me, Kirsten? – Personal Shopper (DVD Reveiw)

It seems the time of rebirth for Kirsten Stewart. With her role choices she is keen to distance herself as much as possible from Twilight and the awful Snow White and the Huntsman as well the scandal that followed it. Her roles have been modest and more importantly, varied and intriguing. Reuniting with Stewart, Olivier Assayas brings his stand out from The Clouds of Sils Maria etching deeper into the character of Maureen who also happens to be an assistant to a famous woman.

Maureen is living in Paris trying to make contact with her twin brother Lewis who suddenly died due to an illness the twins share. While in the city she works as a personal shopper for Kyra, a celebrity, who she barely sees in person. Both her and her brother were/are mediums, who can connect with the spirit world. Desperate to make contact with her brother, she stays in his old house but instead makes contact with another spirit. A stranger begins to text her and seems to know all about her and her whereabouts. Things get worse when she finds Kyra murdered in her apartment and she is unable to leave Paris.

On the surface, Stewart’s character is more of a challenge than her previous roles, as she doesn’t speak much. Her emotions are all in her body language and expression. Still grieving for her twin brother and determined to make contact with him before she leaves Paris, her behaviour is disjointed, one minute carrying out her day to day tasks as if they were second nature to her and the next she’s answering texts messages from a creepy stranger. This doesn’t seem like her grief but instead frustration at her boring life at present. She says that she wishes she was someone else but she only goes as far as trying on her boss’s clothes when she isn’t around. She also doesn’t seem too preoccupied about her medical condition apart from a doctor’s appointment scene, even though it is mentioned a few times throughout the film.

There is much to admire in the story about a medium who wants to make contact with her twin brother in the spirit world but as parts of the films take over, the central character looses focus. It seems she gives up and decides that spiritualism isn’t for her and that she can’t contact anymore and continues with her life. But the film gives the impression she was close to her brother especially as they were both mediums and shared the belief in spiritualism. The film doesn’t come across as a study in grief and isolation but instead a healing process for Maureen, who distracts herself into thinking she wants to be someone else as she cannot bear the loss of her brother. Her defiance that she ‘gives up’ but yet still hopes to make contact with Lewis is obvious, even as she questions what is right in front of her at the end. 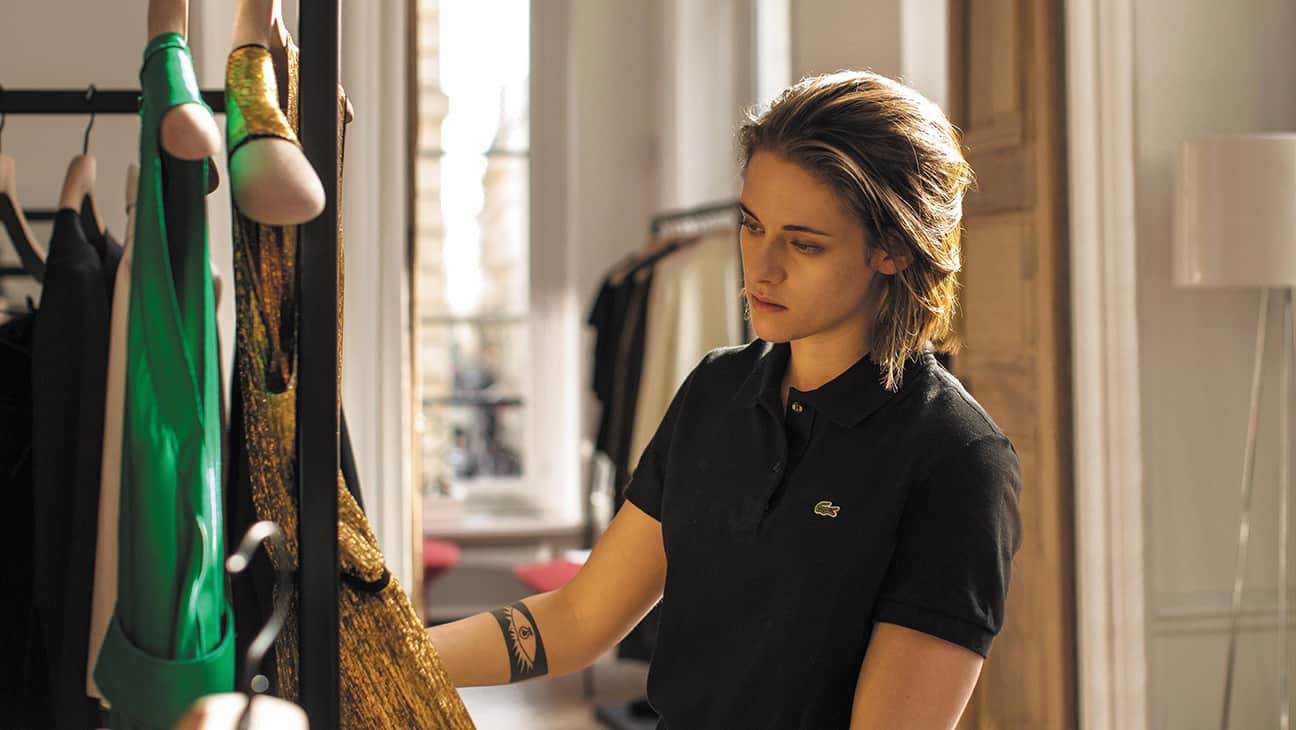 An at first intriguing look into someone’s grief and their beliefs, that is pushed aside for a more thriller-like plot but Stewart is easy to watch in a role where she slowly expands outside two dimensional characters.