The best time to listen to a new Once Human album is before the daily bullshit filters are clogged up, and there is still a chance for things to go either way. Evolution has an all-operas-playing-at-once-quality to its arrangements, at the same time as travelling along the line of one direct punch. It’s an animal enjoying a cadaver, regardless of where you want to place them on the musical spectrum, and is a better wake-up call than the majority of vanilla muzak going.

This album gives you 45 minutes of melodic death metal. Lauren Hart (lead vocalist) sings with a perfect control over the two pissed off rottweilers living inside her vocal chords. Part of the band’s charm is the unavoidable contrast between Lauren’s talent and how her looks may be perceived alone. There’s no reason that this should be a contrast at all of course, and it’s refreshing to have aesthetic preconceptions torn apart before they are remade by the artist’s own vision.

The coming together of this band was enough to bring Logan Mader back to playing live again, “Having been focussed on recording, producing and developing bands, I had not picked up the guitar out of passion for twelve years…”. Logan’s career reads like a Download Festival lineup itself, having been the lead guitarist in Machine Head, and his producing/mixing work on bands such as Fear Factory, Gojira, and Devildriver– so we’re not talking about any average gravity. 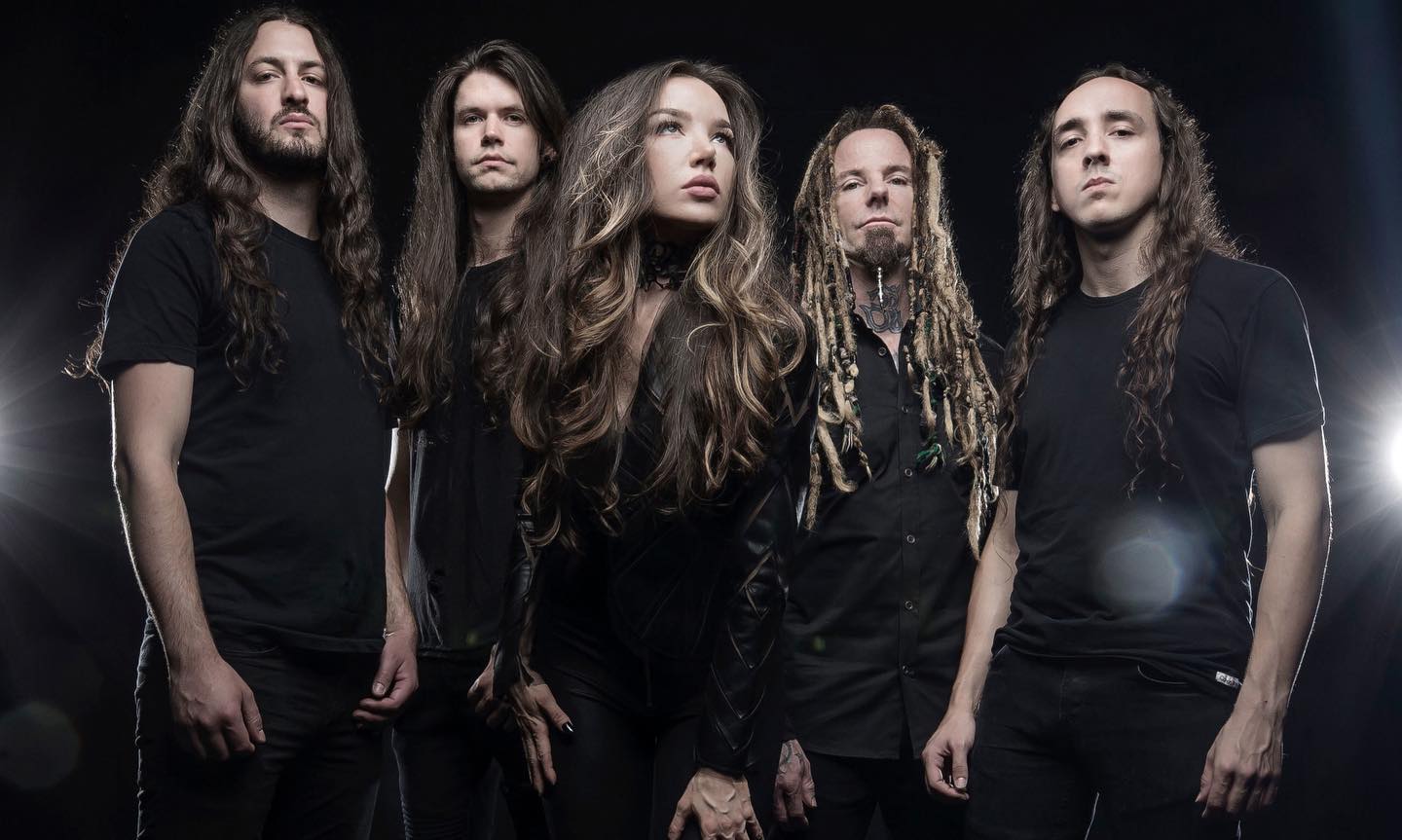 Within Evolution’s eight tracks, you are placed in a landscape as supposed to a hits parade, where on first listening it can be hard to pick a stand-out song in particular. However, this no bad thing, as music does better in continua as supposed to snapshots. Lauren has said how she was influenced by Lamb Of God vocalist Randy Blythe, especially by his singing on 2015’s album VII: Sturm Und Drang, and you can see this in her approach, since she is equally able to meet this level of agile baritone and rawness.

As a follow up to 2015’s The Life I Remember, Evolution tends to reflect directly on inner thoughts with lyrics like, “So, I reject the imprint/I am the code, I will restore me” in songs like ‘Gravity’. This being where their songwriting shines above forgettable thrash, because they defy the fashionable ideal of ‘seeking’ a horizon, and say: we will create it ourselves.

The entirety of this album flips between death screams and affirmation, where albeit with world class musicianship, there is little variance in mood. Nine years ago, The Editors, a band obviously from a very different scene, was asked “Why do you write about death so much in your songs?” (The Fly magazine), where Tom Smith answered: “Because we think about life so much.” An answer which still today, is the perfect response when musicians are asked why they venture into certain areas.

Final track, ‘Passenger’ is what the captain plays for his last in-flight announcement when he knows that the plane is definitely going to crash. However, what you take away is more akin to what Logan Mader sees for Once Human’s future “…this is a band that’s going to have a full career, and now we’re really getting started.” And with a legend like this involved, there’s a good chance he’s right, this release still representing an early genesis of creative energy. This point being arguably the most important focus when listening to Evolution, since after two years, and two records, they are still distilling the familiar elements of the genre along with their own take on it.

This release doesn’t transfigure the world of heavy metal, but it’s all too often that we judge bands in this suspended limbo, comparing their music to what we desire ourselves. Here, their desires are clear: to create complex and layered music, and relay a well crafted chaos that does not consume them, as it does the world they reflect upon.

Evolution is out now on earMusic.