“There are two Powers in the World, one is the Sword and the Other is the pen” – Jinnah (Blu-Ray Review)

Muhammed Ali Jinnah was the founder of the state of Pakistan and to this day is considered a national icon. His work to found a Muslim nation to calm the rising tempers of the time has shaped the modern world in a way few people ever do, so a film approaching this subject matter must be both endearing to his deeds whilst also representing the man as a fully rounded human being.

The film opens with a bizarre framing device. Jinnah (Sir Christopher Lee) is on his way to Karachi when his journey takes a strange turn due to an uncontrollable bout of death. He finds himself in some celestial environment that treats the passing of the mortal plain in a highly bureaucratic manner. To determine whether Jinnah should ascend or descend accordingly in the afterlife he must revisit key moments from his life and answer the questions of his guide (Shashi Kapoor) to see if he is worthy of ascension.

Despite some obvious pacing issues that plague the movie Jinnah is an enjoyable and entrancing experience in major part thanks to the terrific Christopher Lee. Lee was a masterful actor blessed with an enviable cascade of charisma and he is devoted as ever in his portrayal of Jinnah. There is fine support from Kapoor as the guide and James Fox (as Lord Mountbatten) can play an overly entitled weasel in his sleep. Director Jamil Dehlavi was clearly inspired by Jinnah and what he represented but a meandering pace and a lackadaisical approach means some scenes lack intensity, despite the best efforts of the actors.

Last year marked the passing of Sir Christopher Lee, a man whose life story could spawn a film franchise of its own. His awe-inspiring work rate and sheer love of his craft propelled him forward as one of the most diverse actors to have graced cinema screens in the past century. Despite often been stereotyped due to his time at Hammer Studios Lee did manage to work on projects that displayed his acting range in its full glory. Jinnah is one of those movies. It was highly important to Lee who felt honoured to undertake the role of such a prestigious individual, and remained proud of his performance for the rest of his life considering it to be his best work. Whether it overshadows his performances as Dracula or Lord Summerisle is perhaps contentious but without his titanic contribution it’s difficult to imagine that Jinnah would be anything but a mediocre biopic forgotten to the ages. 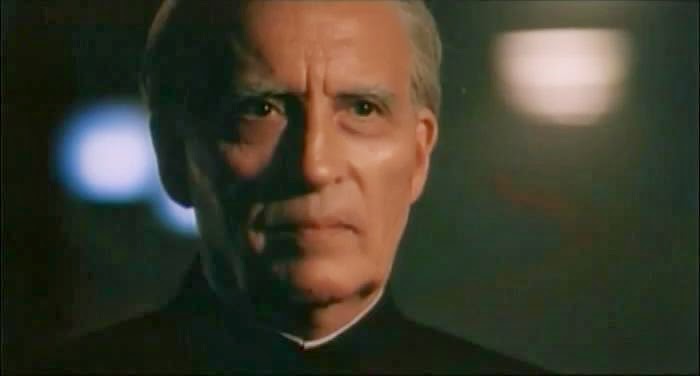 Perhaps Jinnah will forever be overshadowed by Richard Attenborough’s Gandhi from the previous decade. It’s not without fault but remains as a fantastic article surrounding the life of one great man and as an artefact of the phenomenal acting career of another. A dual tribute to excellency that is impressive, if not immaculate.

Jinnah is out now on DVD and Blu-Ray.