“Gentlemen, you can’t fight in here! This is the War room!” – Dr Strangelove or: How I Learned to Stop Worrying and Love the Bomb (Blu-ray Review)

One of the latest re-releases in the Criterion Collection this comedy classic is amongst the most significant satires of all time uniting some of cinemas most enduring talents. Now over 50 years old and with most of the cast and crew involved within the feature haven fallen prey to the inevitability of mortality this gives us the perfect opportunity to look back on one the most acclaimed comedies in cinematic history. 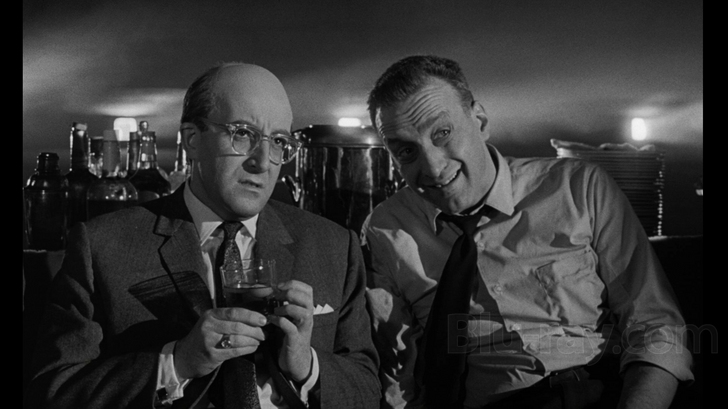 US Brigadier General Ripper (Sterling Hayden) puts his base on high alert and issues orders to his aircraft, one of which is under the command of Major T.J Kong (Slim Pickens), to perform a co-ordinated series of attacks against the Soviet Union. General Ripper’s Executive Officer Lionel Mandrake (Peter Sellers) discovers there are no orders to attack from the higher command and attempts to reason with Ripper in order to stop the attack. Meanwhile at the Pentagon President Murkin Muffley (Sellers again) attempts to find a way to work with the Russians to avert the activation of a “Doomsday Machine”, that will be set off by any American assault, with his other officers in the “War Room” including mad-cap General Buck Frobisher (George C. Scott) and paralyzed former Nazi scientist Dr Strangelove (Sellers once more).

Kubrick’s work in translating the thematic tone of the source material, the Peter George novel Red Alert, is quite astounding with both his directorial and scriptwriting expertise on hand to guide the satirical nature of the movie. Despite Kubrick’s concise work behind the camera it will never be remembered as “his” film specifically instead being an immortal tribute to the brilliance that was Peter Sellers. Whilst Kubrick would move onto features that highlighted his unique abilities in more diverse expanded ways than the more visually contort Dr Strangelove this was Sellers greatest hour. Despite a heralded body of work, including but not limited to his other legendary comedy creation of Det. Jacques Clouseau, his performances as three separate characters are each imbued with a phenomenal uniqueness both through physicality and use of accents. Dr Strangelove himself actually appears rather fleetingly but Sellers memorable portrayal as the bizarre scientist ensures the character is fondly remembered. As if Sellers triumvirate of great work wasn’t enough he is supported by a wonderful ensemble including the hilarious George C. Scott as a ludicrous general and Slim Pickens as Major Kong himself who has the honour in being involved in one of the most iconic moments in film history (Ye-haw about sums it up). Revisiting this classic work there was something strikingly modern about its treatment of the use of military force and the war mongering nature of humanity that couldn’t help but at times remind me of Alan Moore’s graphic novel Watchmen. Perhaps the most impressive aspect of Dr Strangelove is how unfunny some of its sequences become between the hilarious moments of political satire, wacky characters and chuckle inducing monologues there is a dark truth exposing the fear and hatred within humanity.

Criterion have also gathered numerous essayists exploring Dr Strangelove on a far more cerebral level than this review can muster within a timely word limit and for fans of the film, Kubrick or Sellers these are well worth checking out along with interviews with cast and crew alike throwing new light on what it was like to work on the movie (Apparently the ending was originally going to include a pie fight until Kubrick thought better of it). With a swift running time and a multitude of pitch perfect performances from a highly talented ensemble led by Sellers and guided by Kubrick Dr Strangelove should take pride of place in every film fans collection.

Dr Stranglove or: How I Learned to Stop Worrying and Love the Bomb is out now on DVD and Blu Ray as part of the Criterion Collection.